Posted on September 5, 2019 by Keith Goldstein

As I age I believe my work speaks truer to what I need to express. I’ve been lucky to have met many of the photographers that influence my work in some way.

As a young man while in school, I worked part time in a large camera store where I sold darkroom equipment and supplies. Sooner or later someone of note would come in to purchase paper and chemicals. Our store, Camera Barn, always had deals on slightly outdated paper. Perfect for contact printing. Such was the case with Garry Winogrand. I can remember it was an early Saturday morning. The shop was open for about an hour when I heard the floor manager say, “Hey Garry! So good to see you. How have you been?”. I looked up from behind the counter and there was Garry Winogrand. Short, stout, with his now famous worn chrome Leica M4 around his neck and a small bag on his shoulder.

He walked over towards my counter, looked at our current paper special sitting on the floor in front of my counter. He purchased a few hundred dollars worth of paper. “Perfect for contact printing.” he said. Being the somewhat shy person I was at the time, I actually took this job to help get me out of my skin, I never really said a word to him. The floor manager was there anyway making small talk while the transaction was taking place. I never had the chance to say anything other than “Thank you”.

I meant that in ways he could not fathom. 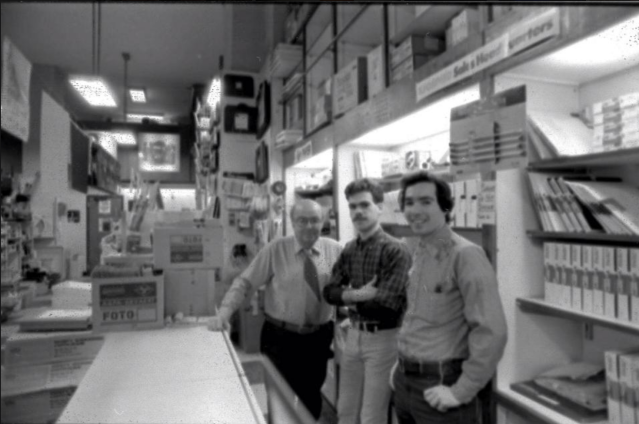 Me in the middle above. Camera Barn circa 1980. Harry to my right and David Goldberg to my left. 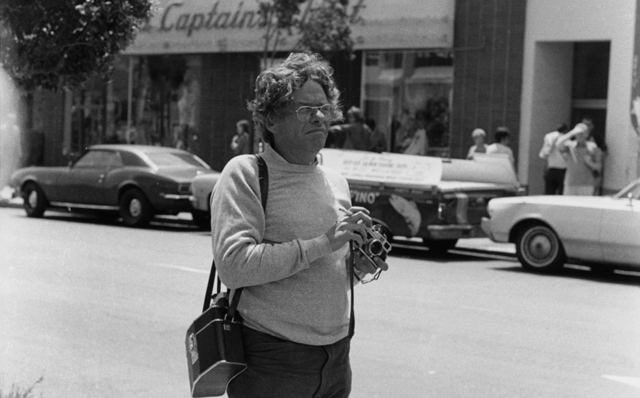 7 Responses to On Garry Winogrand